- November 28, 2019
Thomas Schulz is the CEO of CareerFairy. After a mathematics curriculum (bachelor and masters) at ETH Zürich, he worked for 3 years in finance. Having decided to change orientations, he co-founded CareerFairy with Maximilian Voss 4 months ago. As a student curious about what really awaits for you at a company you would like to apply for, or as a firm looking to attract young talents, you might have heard of the startup.
In November, he agreed to answer a couple of questions we had for him...

Which problem are you trying to solve?
Maximilian and I both had tech backgrounds and went to a lot of career fairs. But when we tried to meet people and ask them questions, the most common answer we got was "Please check our website." And we thought 'How about we change things?’
First, we wanted to actually see the people that we would potentially be working with when we applied for a job, and have them openly explain what their work involved. Second, we wished to make the procedure less fixed at one point in time and space (like a career fair would be). Essentially, our aim was to make the process more efficient and more useful.
How difficult was it to find the right co-founder?
I was very lucky. When I started, the idea was to do something in the recruitment market. I was looking to see if I could find someone who could drive this idea with me, and also work on the technical part. I met Maximilian through my network - common friends. I had never seen him (at university) before, but we realized that we had both studied at ETH...
We started working on a first idea which we tried to sell to companies. Going through that, we realized that, well, unfortunately, no one wanted to pay for it. But the good thing about that was that we received lots of inputs from representatives and students, which enabled us to build CareerFairy.

How long did it take you to go from the idea to building your platform?
More or less 2 months. In April, we finalized the concept of what CareerFairy should look like. We tried to find a couple of companies that could cover our expenses while we built the first prototype. And we managed to launch the first prototype in June.
Even if we had no experience in HR recruiting, we still managed to find companies that were willing to take a bet on us. This was a great validation for us. Since then, we refined our prototype based on inputs we received during the pilot, and we then relaunched with a nicer interface in October.
Is there something you would change for nothing in the world in your product?
To be very honest, we try to have as few preconceptions as possible, in particular because we have see how fast things change. When we started our first idea, we thought it was really cool; but we also realized that no one wanted to pay for it. So in terms of product, we are very much open to change; and for me, that is the way it has to be. When you start such a project, you realize how wrong you are about many things; and I think that the feedback that you receive on the way is actually the best indicator of what your product should be like.
What's next for you?
To begin with, our next step is to really focus in the niche that is Switzerland and STEM students, to see if we can solve the problem for this small market. This would hopefully lead to some product market fit for all involved parties. Once we achieve that, we'll try to scale out to other countries. 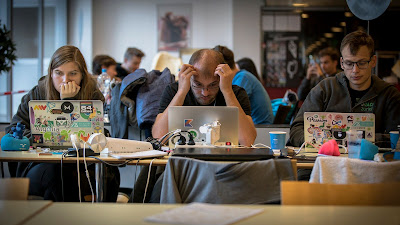 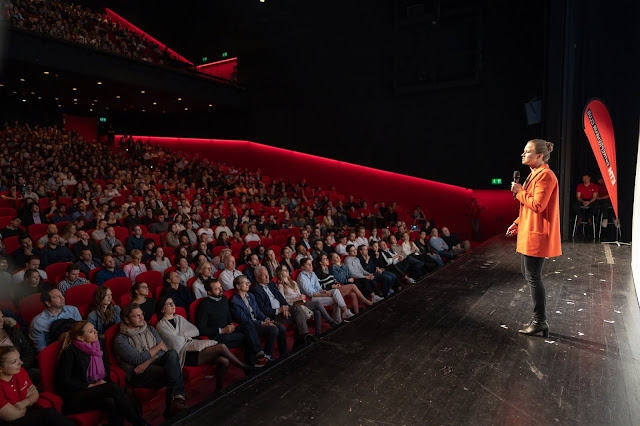 Another year, another fuckup , we sometimes think. But what a night we had on May 16th 2019! At Theatre 11, 1500 people gathered to hear about the unfortunate experiences of some amazing story-tellers. Admitting to failures in our lives can be a rather difficult exercise. It is difficult to confess that we made a bad choice, and sometimes even harder to admit that this bad decision led to bearings that got completely out of hands. One of our speakers, Edith Schmid , CEO of Kenzen AG (company which makes wearable laboratories in the form of electronic patches), had to face this situation when her company agreed to become a Swiss branch of a group held by entirely American investors. With a slim connection to these foreign investors, the decision was risky; but risk is something that you often only realize when you are already in front of a complication. And so, with the unfortunate loss of the sole human contact to these foreign investors, Edith Schmid realized that the two branches
Mehr anzeigen